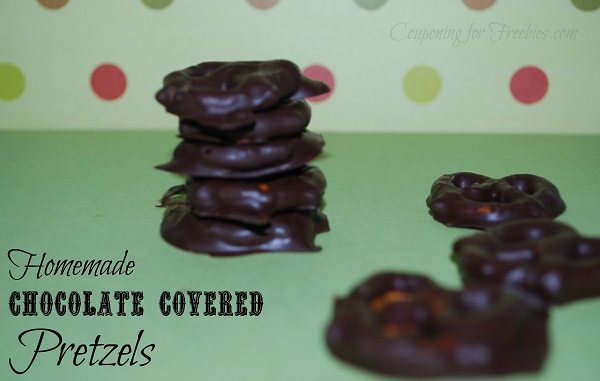 One of my favorite junk food snacks is chocolate covered pretzels. I can go through a bag in no time flat, which is why I try not to keep them in the house!

I figured they could not be hard to make, so I thought I’d try my hand at it. And, you know what? They weren’t! I whipped up a batch in *maybe* 10 minutes. It might have been more like 5 minutes. The longest part was melting the chocolate because you have to do it in short increments of time.

Now, I know you want to know the nitty-gritty details, don’t you? Here we go!

Seriously. That’s it. TWO ingredients. It doesn’t get much easier than this (and it HAS to be easy if I’m going to attempt it!)!

Put a sheet of wax paper on a cookie sheet.

When your chocolate is melted, add pretzels to the bowl. I recommend using a handful at a time rather than pouring in a lot. It is MUCH easier to coat them when you have only a few in the bowl rather than a bunch. I used 1 bar of Baker’s Chocolate, and I used about 2 handfuls of pretzels. I’m actually kind of glad it made a small batch as I have fewer yummy treats to tempt me! 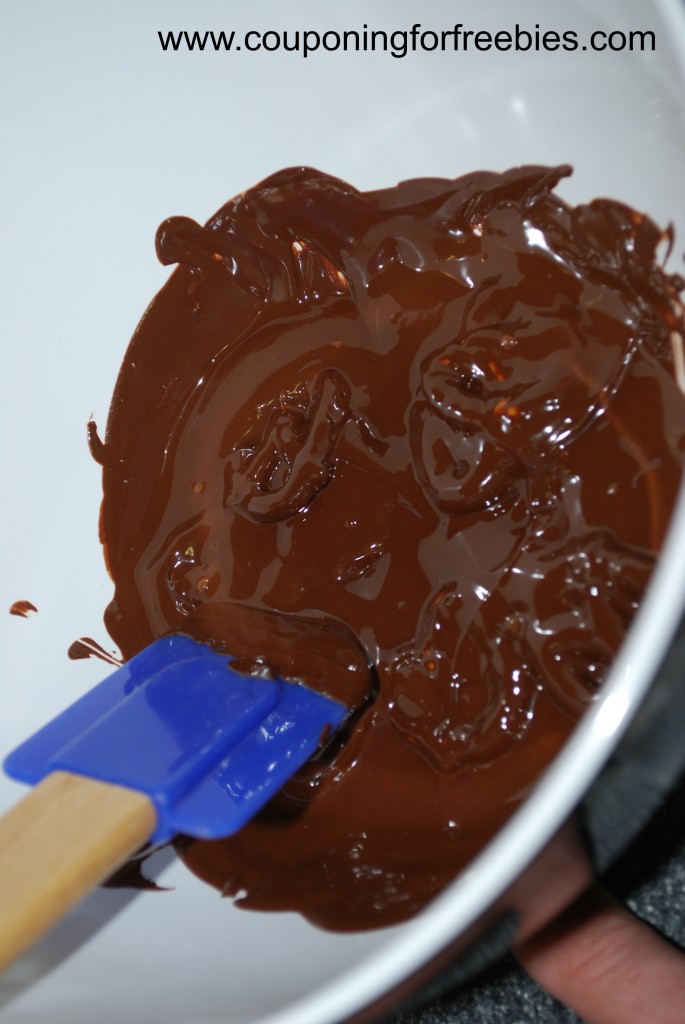 Spoon the pretzels onto the wax paper, and then put into the refrigerator to set for about 30 minutes. 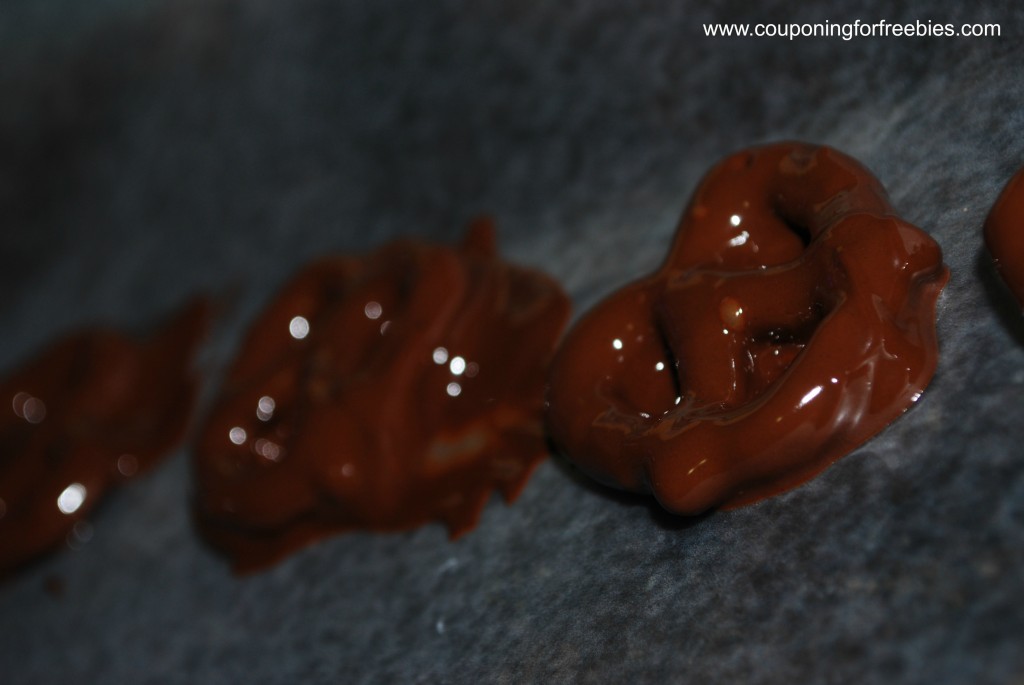 That’s it! Seriously, it took NO time at all! And, you guys – these homemade chocolate covered pretzels are THE BEST. Seriously. WAY better than store bought snacks!