« Minions Shoes DIY
5 Ways To Save On Amazon » 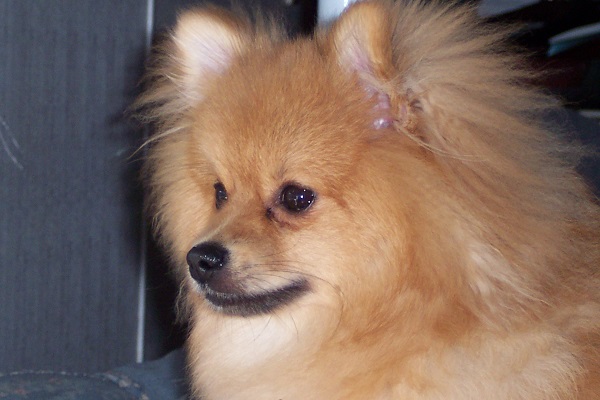 Some of you may be wondering why there have not been many deals posted. Well this is why.

We (my husband and I) have been trying so hard to keep our baby alive. When I say baby, I mean what is our baby (dog). For a little over a month now he has been really sick, and on 9/23/15 at 10:45 am we lost him. I feel as if my heart has been ripped right out! I can’t stop crying, feel like I am going to be sick. I keep getting cold chills, that feel like cold glass going through my veins. I can’t catch my breath so much so that it feels like something is suffocating me. Some of you may not get how you can feel this way over a dog, but he was not just a dog to us! 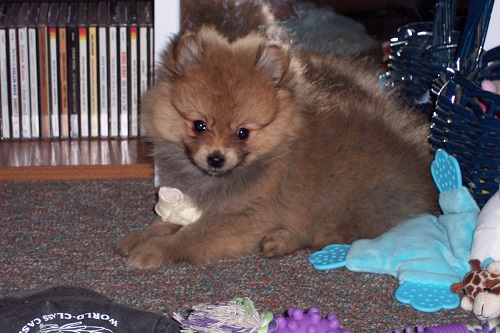 A little over ten years my parents gave us this beautiful little puppy. It was in hopes that it would help fill the void that we had as we are un-able to have children, and that was something I was having a really hard time with. He did just that! He truly became our child. This was not a dog that was out on a chain or in a pen. Not a dog that was left at a boarding kennel. He spent his whole ten years with us! If one of us had to be away, then the other would be with him. Or we would just take him with us. Neither my husband or I ever spent much time away from him. He was such a bundle of energy! 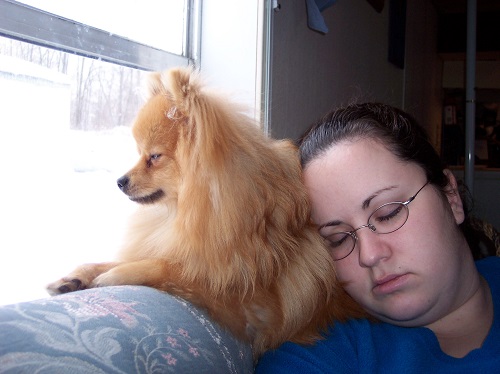 Then! Then, it was time to go in for his yearly checkup and get shots. At first I said no to the shots, has I had been very selective in the past on what was given to him. But because we had moved and this was a new state and a new vet, I did not listen to my gut. The vet really recommended that I get the Lymes and Lepto shots. I asked is she was sure they could be given at the same time, and she said yes. So me, thinking that the vet must surly knew more then me, I said yes.

That very evening Cody got sick. Started just laying around, not eating, not drinking and feeling very stiff and sore when he moved. He was like this for 3 days and the vet said it was normal after shots. Then the fourth day he was doing better, started eating a little and drinking almost back to being him. Then the 5th day! It all went down hill from there! He went back to no eating, no drinking and laying around. He started vomiting (the vet now tells us it is regurgitation not vomiting). I knew this was not normal. Back to the vet I went. She took his temp and he was running a fever of 103.2. They ran a poop test and a pee test. Everything looked normal. She said it must be some infection. So she gave an antibiotic shot and sent us home with antibiotics, pain meds and an anti-nausea med.

The next day still no better, so I took him back in. She wanted to keep him for a few hours and run some blood work, do some x-rays and give some fluids under the skin. As bad as I did not want to leave him, I wanted him better, so I left him there. When went back in a few hours later and the blood work was all normal other then his white blood cell count was a little over normal. Other then that she said blood work was really great for a 10 year old dog. The x-rays showed nothing that would be causing what he had going on. It showed that he had two very small bladder stones, but I was told that was not the issue. I asked if this could be from the shots and was told no, it was only a coincidence. She also said if not better tomorrow to bring back in for fluids. 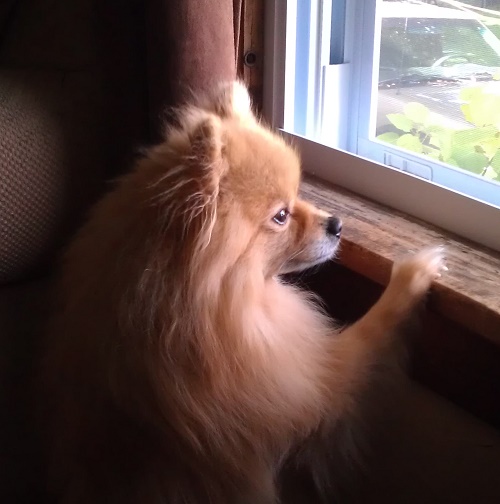 Well next day came 9/4. He still was no better. So me worrying that something was really wrong, we opted to take him to the animal hospital and not back to the vet. When there they looked over everything and felt that may have gastritis. I again asked if it could be from the shots and was told no again. They wanted to do some more testing and get some iv fluids and meds on board. They wanted to put him in the hospital for a few days to do so. I so did not want to leave my baby there to be without us, but I knew he needed to be helped.

They called me with the testing results of more x-rays and an ultrasound. Again everything looked pretty normal. So she really felt that this was a case of acid reflux, gastritis and esophagitis and started treatment for those. I called to check on him about every 6 hours and kept being told that he had only had a few regurgitation’s but would not eat for them either. So on Saturday 9/5 they let me come to visit and to see if I could get him to eat, as they thought maybe it was just because he was really stressed out from being there. I spent an hour and a half with him. Just sitting on the floor with him laying across my legs half the time. I could not get him to eat either. Then I call later that day and was told that he had one more regurgitation but was now eating well for them. So on Sunday 9/6 they felt that he would do better at home where he would be more relaxed. I went and picked up my so tired little boy who slept pretty much the whole 45 min ride home.

We started treatment at home. He was on five different meds and a bland diet. With these meds something had to be given every 2-4 hours. So my husband and I took turns sleeping as someone needed to be with him at all times. But we still could not get him to eat much other then a bite here and there. After about four days of being home on this treatment plan and not getting any better, I called the Dr at the hospital again. I told her that he still was regurgitating (vomiting) here and there and still not eating and drinking much. She told me that he had not had any vomiting at all while he was there and would eat when ever he was offered food. I told her that is not the reports I got from the nurses when I would call and check. She said, she would have never sent him home like that if it was noted in his chart. Anyways she said maybe we should bring back in and redo the same tests to look again. I did not feel this was the way to go as it stressed him out so much being there. I mean what is the same tests going to show you that was not there a week ago??

So back to the first vet we went. She upped his anti-nausea meds and gave fluids under the skin. This helped a little as the regurgitating pretty much stopped. We went back daily for a while to get fluids to keep him hydrated as he was still not drinking and eating very little. She also gave me foods that I could feed with a syringe and a high calorie paste. I was pushing those as much as I could but he was still losing weight and running a fever. At this point he is now down to 8.7 lbs (9.9 when we started).

After some time on those we went back on 9/16 for a check and re do blood work. He now was at an all time low for his weight at 8.6 lbs and was still running a fever of 103.5. The blood work now showed a LARGE jump in is white blood cell count. She says this could be an infection that the other antibiotic is not getting or could be something like cancer. So we started a sixth pill a new antibiotic. While still making daily trips to get fluids. Each day when we would get fluids she would check the temp and weight and it was still dropping.

On 9/21 we made our daily trip after being on the new antibiotic for almost six days. She checks the temp and weight and my heart just sank! He was now at 8.4 lbs and had a fever of 104.2. I knew before she could tell me that the antibiotic was not working. She says at this point the only thing left is to hospitalize him for a week and run the tests again and put in a feeding tube. She said even with doing that, it still may not work. My husband and I both knew he would not even make it a week if we left him. The two day stay was bad enough on him.

Over the next day he was in more and more pain. He kept trying to drink and would try so hard to eat for mommy. I offered everything under the sun. But when he would, an hour so so later he would be moaning in pain.

So 9/23, we could not stand to see him like this anymore. The vets clearly know NOTHING and it is all just a guessing game and keep running the same tests until you get a different outcome. So we decided to take our sweet baby boy, the one that was so full of energy before those shots, to be put out of his pain. We stayed in the room, with me right in front of him, with his large puppy eyes looking into mine and me telling him how he was such a good boy. Then it was all over! His tired little bony body was limp and he was gone. We wrapped my sweet beautiful boy in a blanket and went home. This, this was the hardest thing I have had to face and deal with in my life. I feel so much like I have just been shattered. How do you come back from something like this? How do you go on, knowing you just put your baby in the ground? I don’t know!

You may be wondering why I am telling you all this? Why tell you such a long story? Is it to get your sympathy? Is it to tell you that you can spend almost four thousand dollars on medical care and have it do nothing?

NO! It is to beg you to trust your gut! They told me over and over again that none of this had to do with the Lymes and Lepto shots. How could it not be!?? I took a healthy, beautiful, energetic boy in for shots, then, then he comes down sick. There is no way anyone will ever make me believe that the one did not have something to do with the other. I will not believe that it was just a coincidence.

So PLEASE think twice before giving shots. If your gut says no, then go with it. Vets do not know everything! To the day that I die, I will always think I had a hand in making my poor sweet baby so sick that his little body just could not recover from! 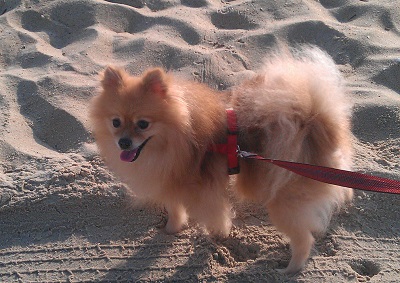 Need To Test Yourself?